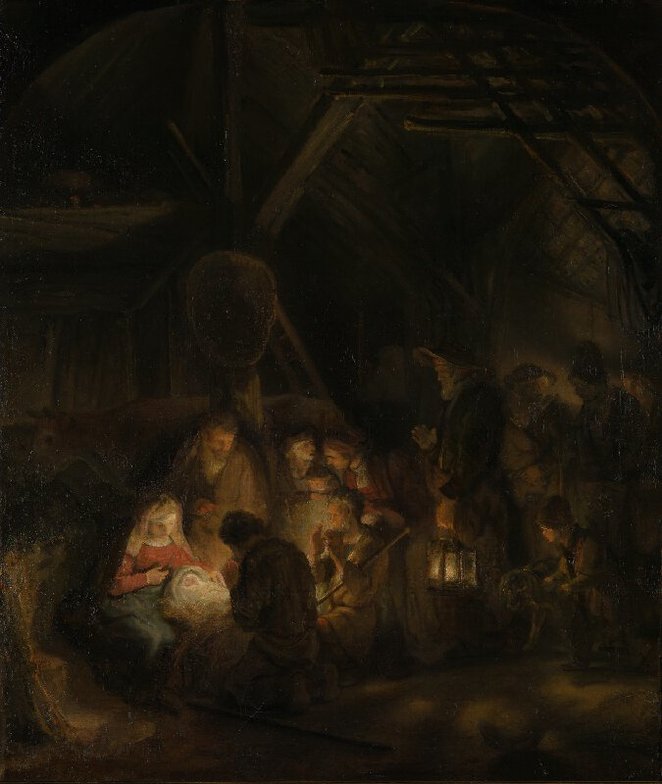 In 1865, a 29-year-old manager in a maritime insurance company fell seriously ill and as a result went through a significant bout of depression. This crisis caused him to take a hard, honest look at himself and ponder the meaning of life. His illness ran over the Christmas of that year which guided the train of his thought. The result of his reflections was a deep spiritual awakening and renewal. His name was William Chatterton Dix. The son of a surgeon, he was born in Bristol, England, but worked most of his life in Glasgow, Scotland. During his struggle he wrote a poem entitled “The Manger Throne” which he then set to a popular (somewhat bawdy) folk tune called “Greensleeves.” Thus, today we have the carol we call “What Child is This?”

In the carol William Dix poses two interesting and important questions. (i) “What child is this who laid to rest on Mary’s lap is sleeping?” That’s easy, “this, this is Christ the King.” (ii) “Why lies he in such mean estate, where ox and ass are feeding?” This question the poem does not answer. Instead, it appeals: “The king of kings salvation brings, let loving hearts enthrone him.”

There are many idealized and fanciful ways to answer this second question, and it has certainly provided much fodder for creative and artful preachers :). Unfortunately, I’m not one of them. Did Jesus really need to begin life in such a “mean estate?” The reason Jesus was born in quite such unsavoury circumstances was because “there was no room for them in the inn” (Luke 2:7, KJV). Everyone was moving around for the census across the Roman Empire called by Caesar Augustus (Luke 2:1) so all inns and lodgings were crowded. However, by the time the Magi came to visit Jesus (probably when he was 1-2 years old), the family were living in a “house” in Bethlehem (Matt 2:11). The fact is, although his life growing up was simple, it was not destitute. Joseph, his father, was a carpenter and would have both the income and the common respect of his neighbours as a ‘decent guy’ who was able to provide for his family. So, we must not overstate the case for Jesus’ simplicity of life.

Nonetheless, it was simple. The purpose is “that what was spoken by the prophets might be fulfilled, that he would be called a ‘Nazarene’” (Matt 2:23). It is not a direct quote of a ‘prophet’, but reference to a theme in ‘the prophets’. Nazareth is never mentioned in the Old Testament. Nazareth was however, a social and economic nothing, as indicated by Nathanael’s question “can anything good come out of Nazareth?” (John 1:46). To be a Nazarene was to be a nothing. This is in line with the messianic prophesies of Zechariah 9 – 14, and especially Isaiah (53:2-3): “he had no form or majesty that we should look at him, and no beauty that we should desire him. He was despised and rejected by men, a man of sorrows and acquainted with grief; and as one from whom men hide their faces he was despised, and we esteemed him not.” There was not to be anything worldly to make us follow him. Our decision of faith had to be a response based solely on his message and his identity, not his good looks, his charisma, his social standing or his connections.

In the carol, the question, “why lies he in such mean estate?” is rhetorical. It highlights simply that he is born in “mean estate” and that in spite of being “king of kings,” “Nails, spear shall pierce him through, the cross be born for me for you.” This is not interesting historical information. It requires a personal response: “Hail, hail the Word made flesh, the Babe the Son of Mary.”

In His grace
Pastor Geoff

ART: The Adoration of the Shepherds, Rembrandt van Rijn, 1646